Showing posts from 2012
Show all

December 31, 2012
#1. Studio Q Moment of 2012 was with Whitney Houston on her final red carpet walk at Kelly Price's Pre-Grammy Party in Hollywood .  I had no idea this would be our last hug, but I am so grateful I got a chance to see Whitney one last time. RIP Whitney Houston. I will always love you. Thank you for your realness with me and your kindness to me.  I will cherish both forever and ever. #2. In March of 2012 Studio Q interviewed Miki Howard backstage at the Catalina Jazz Club following her show.  What Miki had to say about Whitney Houston really resonated with all of us who watched. #3. Studio Q Moment of 2012 was with Jenifer Lewis by the pool of her Hollywood Mansion.   We were honored to be welcomed into her space for a Studio Q interview .  Jenifer Lewis exceeded all of our expectations. #4. Interviewing Faith Evans was a definite highlight this year.  What was even better was getting the amazing R&B Diva to sing for us. What she sang sounded so go
1 comment
Read more 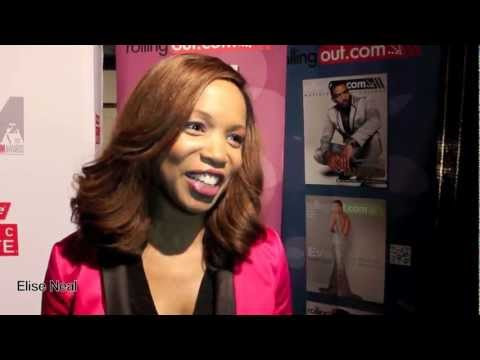 Toya Wright Hosted The 2012 Mirror Mirror Awards    Sharif Atkins also Hosted The Mirror Mirror Awards   Dawn Richard (formerly of Dirty Money and Danity Kane)   I got Dawn Richard to sing a Whitney Houston song !   Actor Rotimi from Starz cable series Boss and leading man in the new Keyshia Cole Video   Actress, Elise Neal   TV ONE R&B Divas' reality star and singer Monifah   The Great actress, Vanessa Bell Calloway, currently  on one of my favorite Showtime shows, Shameless  Actress/Singer Naturi Naughton  Actress Singer Naturi Naughton loves Whitney Houston, sang in New Hope Baptist Church (the same church Whitney grew up in) and is also from Jersey! A girl after my own heart. Loved her on Mad Men too. I wish I would have gotten her to sing. Remember when she was in the group 3LW  Actress, Kyla Pratt who has done stellar work all of her life. Kyla has skills. I think she is one project away from being a movie star.  I believe one
Post a Comment
Read more 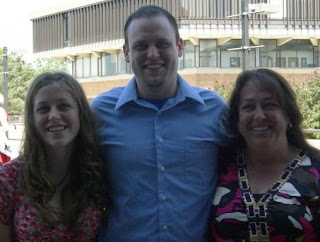 I was so heartbroken when I heard about the sudden passing of John Denny. I met this young boy at around 6 or 7 years old. His mom was friends with one of my older cousins. She was also my mom's co-worker. Upon meeting John, I immediately fell in love with those deep blue eyes and that fiesty spirit. I remember wrestling with him like he was my little brother on several occasions. His family would come to our family BBQ gatherings and yes they were the only white people there, but none of that mattered. It was all good. They were all like family.  I would later go see John play basketball as a teenager and talk to him periodically throughout life. It would always surprise me how he would reach out to me via the phone or the internet.  I really did see him like a relative. I can't describe how devastated I feel that he is not here.  I could not stop the tears from falling when I read on FB that he's gone. That is never a good way to find out someo
1 comment
Read more